Thank you all the Men and Women in Green past, present and future around the world fighting for freedom. We are proud of you and are so very grateful. 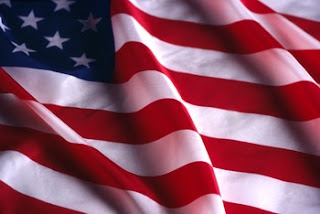 I found this on Yahoo.com. It answers the question, what is the difference between Memorial Day & Veteran's Day in the US.
Memorial Day started in the 1860's in various towns as a day to remember and honor the soldiers who died in the Civil War. It was originally called Dedication Day. In 1868, the first official military proclamation of the day was given, and flowers were put at the graves at Arlington National Cemetery. The first state to recognize Memorial Day as a holiday was New York in 1873. Eventually all the Northern states adopted it in the late 1800s, while the the Southern states had other days for honoring Confederate war dead. In 1971, Congress set the official date of Memorial Day to be the last Monday in May.

Veterans Day, which is celebrated November 11 of each year, is set aside to honor all veterans, both living and dead. It was first called Armistice Day, to celebrate the day when WWI was ended with the signing of an armistice on November 11, 1918. After WWII, the holiday changed to honor all veterans rather than remember the peace and the sacrifice of those in the first world war. In 1954, the president changed it to Veterans Day to honor all servicemen and servicewomen. Many other countries, which also participated in WWI also celebrate a day honoring those who served in the military (living or dead) on November 11.

In short, Memorial Day -- an American holiday established for the honoring of the war dead. Veterans Day - a holiday celebrated in many countries for honoring veterans, living and dead.
Posted by Mr. Hendrix

Thanks for the explanation. We are very greatful to all those brave people who serve their countries.

That's a lovely post in honor of Veteran's Day1

We are very grateful to our Veterans!

Thanks for your good purrs, Mr. Hendrix. I hope you are having a good Sunday. Thank you for the interesting information about Veteran's Day history.

I got a new sister! Come on over and see her.

That clears up the mix up on what day is what. Thanks for the information and also for remembering those who served our country, the dad in my house is a veteran. I know when he was gone the mom was so sad and worried about him. Everything turned out OK for them. Also, I hope I didn't give you the wrong impression at the Mafia party, I hope I didn't make your girl upset. I maybe had too much gin, I must watch that next time.

Now this was some very good information. I didn't know that they were so different in meaning. This was a terrific post for Veteran's Day.

wow that is some good researches ~the Fluffy TRibe

Thanks for the wonderful mini history lesson! I didn't know all that!

it is very important to honour those vets who have given their lives for the sake of ours.

Good research! We was educated about da topic by our grampakitty cuz he wuz a history major in collig...and his favorite war was da civil war!

Oh, and here I thought it was a day to honor the animal doctor, which is why you were going to see him on Monday.